Action Plan on Implementation of the Association Agreement

The government-approved special Action Plan on Implementation of the Association Agreement, developed by the Government Office for the Coordination of European and Euro-Atlantic Integration together with the Ministry of Economic Development and other ministries, aims to improve the coordination and promotion of the European integration process.

The Action Plan is a large document of 1199 pages. It formulated 1943 tasks covering 27 areas. 106 Ukrainian authorities are responsible for implementation of tasks. Each of these tasks corresponds to a separate article of the Agreement or implements certain rules of law (Acquis) of the European Union. 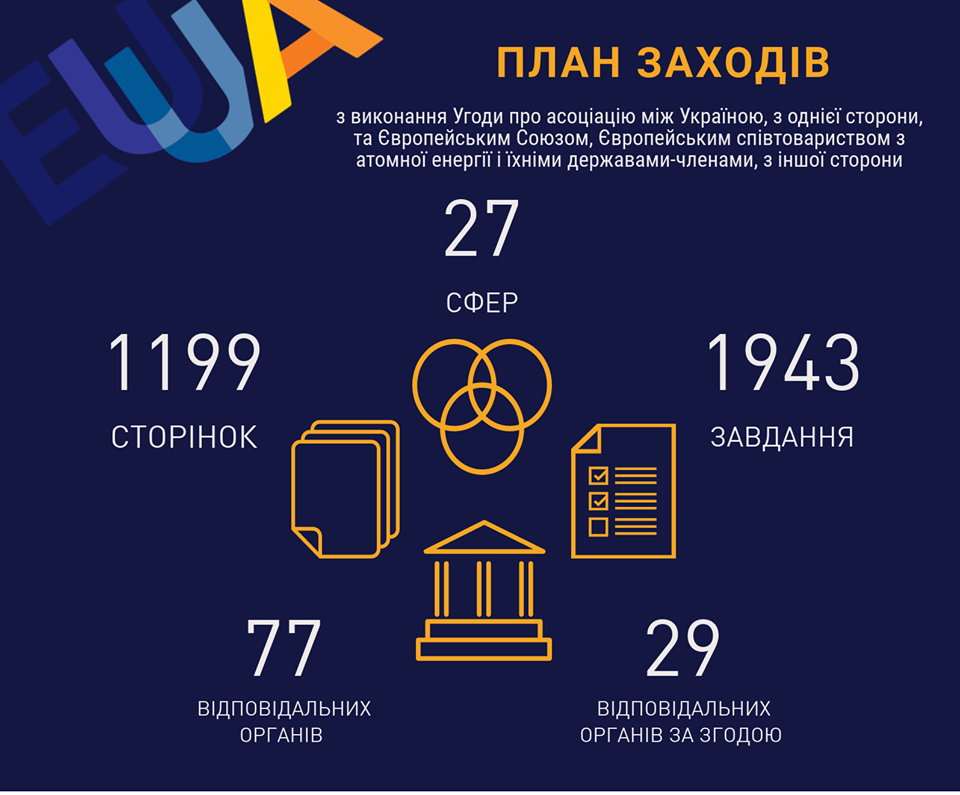 The largest titles of the Plan are those defining the tasks for the implementation of Title IV “Trade and trade-related matters” and corresponding to the launch of a full and comprehensive free trade area with the EU.

The Action Plan has to be the document that will increase the responsibility of the Executive branch for the implementation of the Association Agreement. Also, the Plan, with clear indicators, will make it easier for the Government and the public to monitor the process.

Resolution of the Cabinet of Ministers of Ukraine “About agreement performance about association between Ukraine, on the one hand, and the European Union, European Atomic Energy Community and their state members, on the other hand”