Trade statistics with EU 2017 in figures:

From January 1, 2016 the Title IV of the Association Agreement between Ukraine and the EU that concerns trade and related questions, including creation of the Deep and Comprehensive Free Trade Area (DCFTA), began to be implemented in the regime of provisional application.

Some changes took place in the sphere of customs regulation, including elimination/gradual reduction of import duties by both parties and administration of origin of goods as well as duty-free tariff quotas.

European side largely liberalized customs regime for the most Ukrainian goods as early as April 2014 in the regime of autonomous trade preferences: the EU’s import duties for 94,7% Ukrainian industrial goods, 82,2% agricultural products and 83,4% food commodities were completely eliminated right away.

Partial liberalization of access to the EU market occurred for the rest of the Ukrainian export through:

2) establishing of the tariff quotas providing for the duty-free export within a certain volume (for agricultural and food products).

Ukraine began to eliminate duties for the import from EU since January 1, 2016 – the beginning of the creation of Free Trade Area between Ukraine and EU.

Ukraine apply gradual reduction/elimination of import duties for the import from the EU of a specific sensitive groups of goods within Free Trade Area between Ukraine and EU during the 3-10 years transition period (Annex I-A to Association Agreement).

Ukraine’s rates of import duties which are applied to the import of goods from EU within free trade between Ukraine and EU in 2018 may be examined on the web-site of Ministry of Economic Development.

EU is the largest trade partner of Ukraine.

Since the beginning of the DCFTA application trade between Ukraine and the EU demonstrate positive dynamics – regarding export as well as import. Particularly, for 11 months 2017 (January-November) export of goods to the EU increased by 30,4% in comparison with the relevant period of previous year and amounted 15,9 billion USD as well as import of goods from the EU increased by 22,8% and amounted 18,8 billion USD. 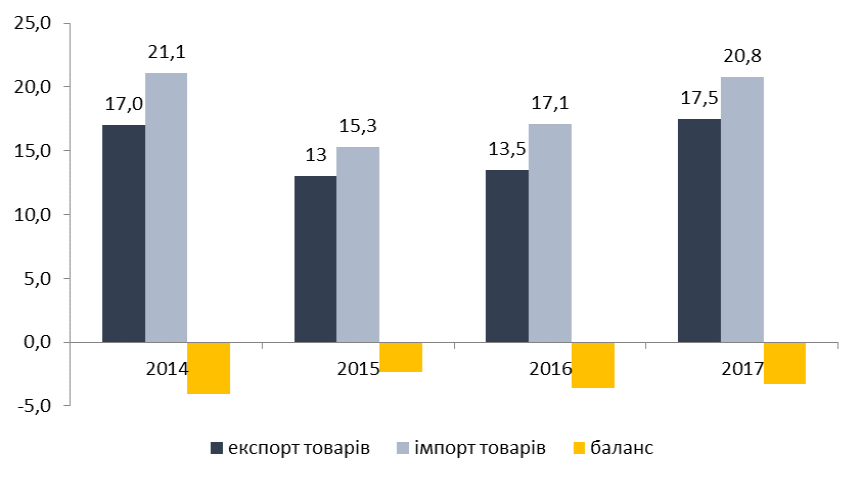 According to government statistics

About the third of the export of goods from Ukraine to EU is the agricultural and food products. Export of ferrous metals and the manufactures thereof is on the second place and the products of mechanical engineering (primarily electric equipment) is on the third place.

The fastest growth of the export of goods to the EU in 2017 was being demonstrated by such sectors as agriculture, food industry, mechanical engineering, mineral commodities, metallurgical industry and different industrial goods.

At the same time the production of mechanical engineering (mechanical and electric machines, vehicles), chemical industry and mineral commodities constitute the basis of the import of goods from EU to Ukraine. 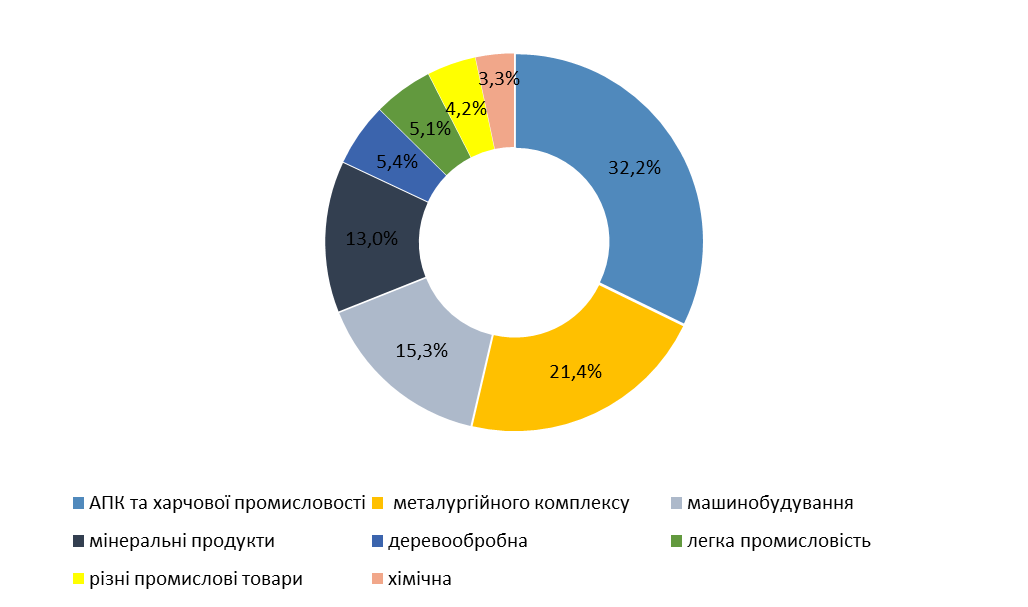 According to Ministry of Economic Development 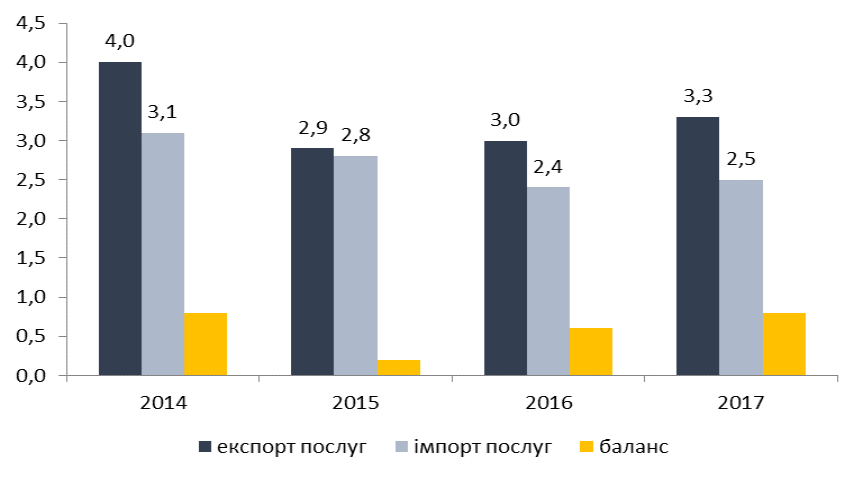 According to government statistics

In Ukrainian exports to the EU there is a positive trend towards the expansion of commodity positions (commodity diversification). Also, the EU market gradually began to enter new companies that had not previously exported to the EU, including small and medium-sized enterprises.

Ukraine has received permission to export to the EU most of the goods of animal origin, including poultry meat, fish and fish products, honey, eggs and egg products, milk and dairy products, collagen, intestinal raw materials, snails, as well as non-food products of animal origin, for example, down, feathers and leathers, technical casein and so on.

The potential benefits of the DCFTA for Ukrainian producers

The main advantages of European integration for ordinary citizens of Ukraine