On November 30, in Dnipro, Deputy Prime Minister for European and Euro-Atlantic Integration of Ukraine Olha Stefanishyna together with the Head of the EU Delegation to Ukraine Matti Maasikas opened the second Regional European Integration Office in Ukraine.

"It is very symbolic that the second Regional Office for European Integration is opened in the eastern part of Ukraine in the city of Dnipro - an outpost of the country's territorial integrity and independence. It is a large industrial capital, so the priority of the Office will be to improve the dynamics of leveraging investment, interaction with business, the formation of proposals and expertise on business needs, their communication at the level of the Government of Ukraine and the European institutions in Brussels," said Olha Stefanishyna. "In the future, we will use this information for consultations with the EU on updating the trade parameters of the Association Agreement, Ukraine's accession to EU projects on the green economy, in particular green metallurgy. The European Integration Office in Dnipro will also promote the development of small and medium-sized businesses because, in the consultations on the renewal of the Association Agreement, we want to put an emphasis on the creation of strong incentives for SMEs. " 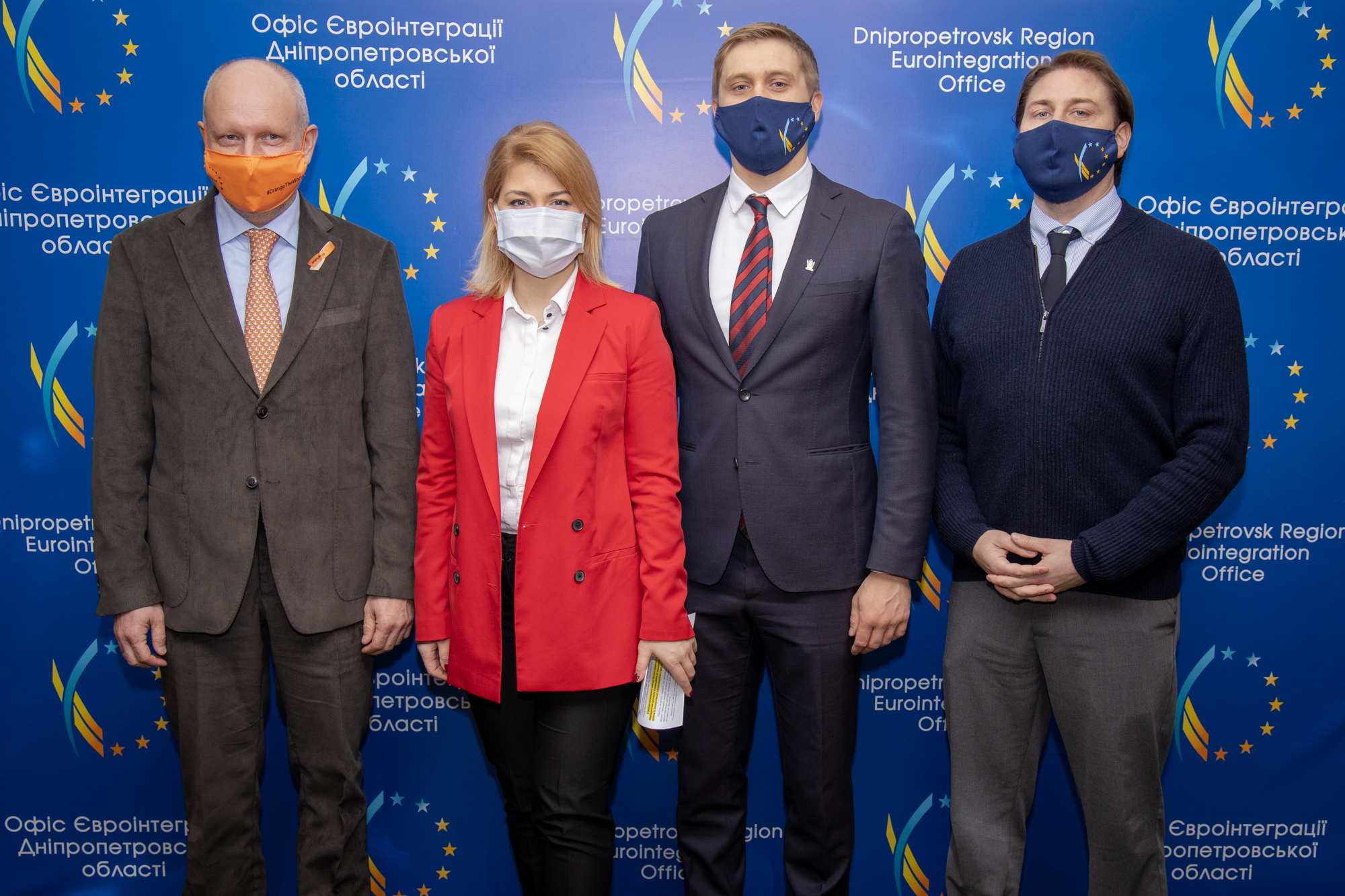 During the visit, Olha Stefananishyna also held a meeting in the Regional State Administration of Dnipropetrovsk region to discuss strengthening the participation of regions in European integration processes.

"The pilot project to create offices of European integration is an important platform for cooperation among the regions. In the first half of 2021, 4 regional offices will be opened and we will launch a program of regional cooperation to share experiences and knowledge on all issues. This is a very important element of decentralization and European integration when the regions of Ukraine will interact directly," Deputy Prime Minister Olha Stefanishyna summed up.

Among other tasks of the Office and the newly established Regional Development Agency in Dnipro will be: