About 18 European countries are planning to completely stop coal mining and burning, as the result, to reduce greenhouse gas emissions. Ukraine also plans to move to a climate-neutral economy. As reported by the Ministry of Energy and Environment Protection of Ukraine. 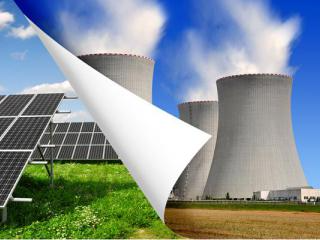 France has plans to give up coal by 2022, the United Kingdom by 2025, Greece by 2028, Hungary by 2030, Germany by 2038. Japan, Portugal and the Netherlands have also stopped developing the coal industries.

The Ministry of Energy and Environment Protection of Ukraine has recently presented the Concept of Green Energy Transition of Ukraine by 2050, which envisages the complete replacement of coal generation and the transition to a climate-neutral economy.

The main indicators of such transition will be:

Currently, the Ministry of Energy together with representatives of local authorities and international partners is working on a set of solutions for the reform of the coal industry public sector.

The emphasis will be to minimize the potential negative impact on the socio-economic and environmental situation in the coal mining regions.Comprehensive programs will be developed and implemented aimed at social reconversion of the regions, mitigation of the social and environmental consequences of restructuring.

The programs will include the employment and psychological support measures for former employees of coal mining enterprises. Energy-efficient developments and technologies will be involved in the restructuring process of coal enterprises, taking into account the most successful experience of EU Member States.

Background. The phasing out of coal and the transition to renewable energy are the part of the climate change commitments the EU has made to meet commitments under "European Green Agreement" and the 2015 Paris Agreement.