On April 27, the Deputy Prime Minister for European and Euro-Atlantic Integration of Ukraine Olha Stefanishyna, as well as Deputy Ministers for European Integration, met with Acting Head of Support Group for Ukraine, Deputy Director General of the Directorate General for Neighborhood and Enlargement Negotiations of the European Commission Katarína Mathernová during her four-day virtual visit to Ukraine.

The participants discussed the assessment of the progress in the achievement of the objectives of the Association Agreement; the agenda of the dialogue between Ukraine and the EU in the framework of the European Green Deal; transformations in the fields of transport and energy, as well as EU support on this path, in particular the cooperation priorities within the new EU financial perspective for 2021-2027. 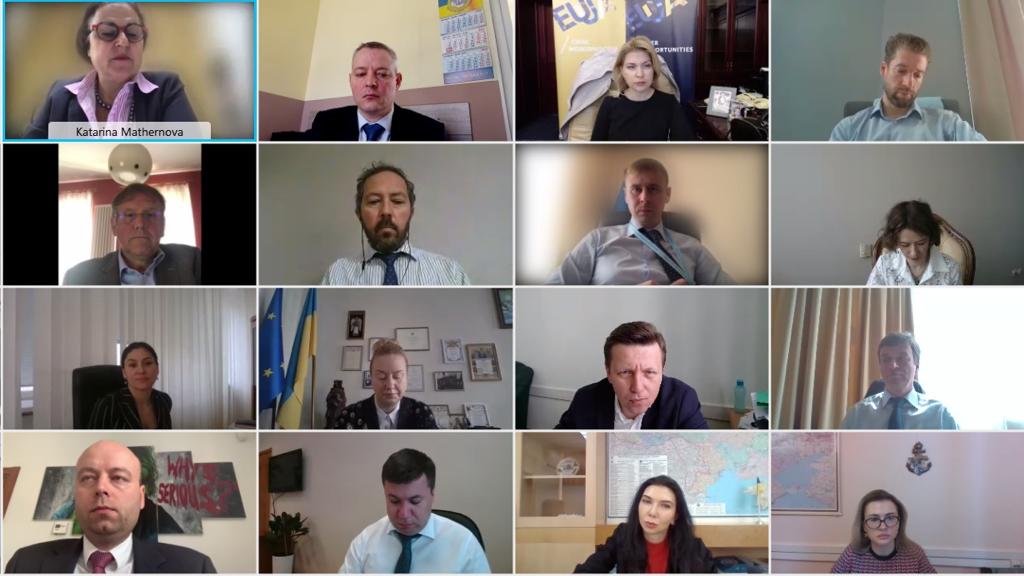 Olha Stefanishyna noted that on the outcomes of the Ukraine-EU Summit and the Association Council, the partners had agreed on an ambitious agenda, on which all relevant authorities are actively working.

"Today, much of our work is aimed at extending the agenda of Ukraine's cooperation with the EU and opening new areas for deepening political association and economic integration. To do this, we need to conduct a comprehensive review of the achievement of the goals of the Association Agreement, which is a unique task not only for Kyiv but also for Brussels. We are waiting for the presentation of the results of this analysis before the Ukraine-EU summit, which is scheduled for this year," said Olha Stefanishyna.

"Ukraine has already prepared the first part of the proposals to update the trade part of the Association Agreement on the basis of dialogues with business and the Government's calculations. We expect that the first round of negotiations on updating the trade parameters of the Association Agreement will take place in May this year," said Olha Stefanishyna.