Weapons to counter armed aggression, increase sanctions on russia and support economic stability are the keys to Ukraine's victory in the kremlin's war. This was emphasized by the Deputy Prime Minister for European and Euro-Atlantic Integration of Ukraine Olha Stefanishyna during her speech at the European Economic Congress, which opened in Katowice, Poland.

"We must continue to work on geopolitical scenarios that will restore Ukraine's territorial integrity and sovereignty. This will guarantee peace in Europe and end bloody war and tyranny in the 21st century. We need a clear victory in this war and today we are on this path together, "said Olha Stefanishyna.

The Deputy Prime Minister noted that in this war, Ukraine is defending not only its land with weapons in its hands, but also the values of democracy and freedom that the country defended in the revolutions of 2004 and 2014.

"In order for democracy to win, we need weapons. Today it is a top priority for the Ukrainian Government in negotiations with our friends. Poland, the Czech Republic, Slovakia and other neighboring countries are already very active in helping to strengthen Ukraine's defense capabilities, "said Olha Stefanishyna.

She also noted that Ukraine understands the difficulty of building a consensus in Europe on banning oil and gas imports from russia.

"With this move, your economies may suffer, but they will still be successful. Putin uses energy resources as a geopolitical tool. Therefore, by limiting the flow of funds to the russian budget, we will be sure that this money will not be used for weapons that kill our children, "said Olha Stefanishyna.

The Deputy Prime Minister stressed that Ukraine's achievements in implementing the Association Agreement should be encapsulated in the country's aspirations for membership in the European Union. At the same time, Olha Stefanishyna noted that there are still countries in the EU that have concerns about granting Ukraine EU candidate status: “Today is the moment when the need for such a solution is more important than technical things. We have already done our part, so now we need to take a political step."

Olha Stefanishyna also stressed that russia’s blow to the Ukrainian economy will also affect the markets of many countries. She reminded that russia is blocking Ukraine's seaports, so the Government is looking for new ways to deliver products to Europe and the world.

"Today it is very important to make Ukraine a full part of the EU market and allow our companies to work in markets without the remaining duties and quotas. This will help Ukraine a lot, as we are now focused on restoring our companies and paying taxes. Customs liberalization should be a further step in supporting our economy,"said Olha Stefanishyna. 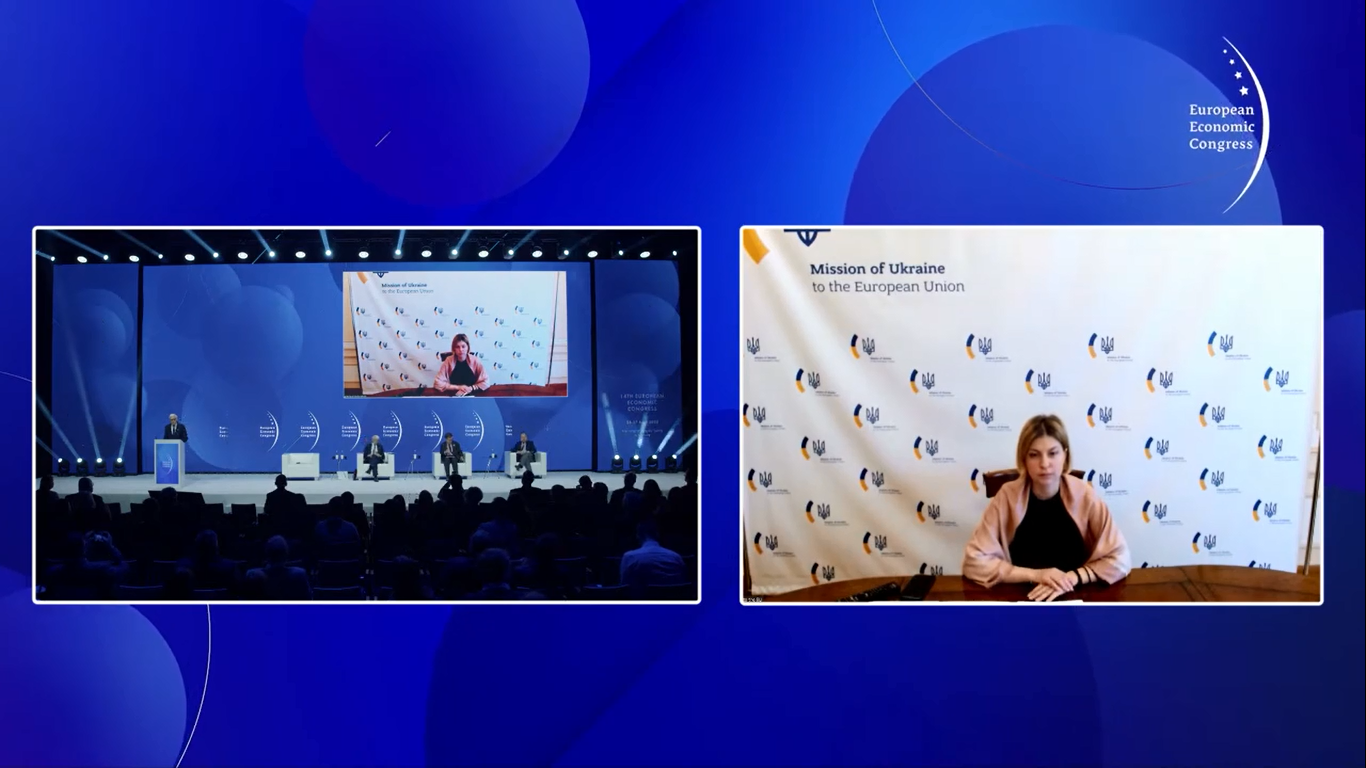