Deputy Prime Minister for European and Euro-Atlantic Integration of Ukraine Olha Stefanishyna took part in a mass action in Vienna, Austria, to support Ukraine and grant it EU candidate status. The rally took place within the framework of the international movement EUKRAINE NOW! 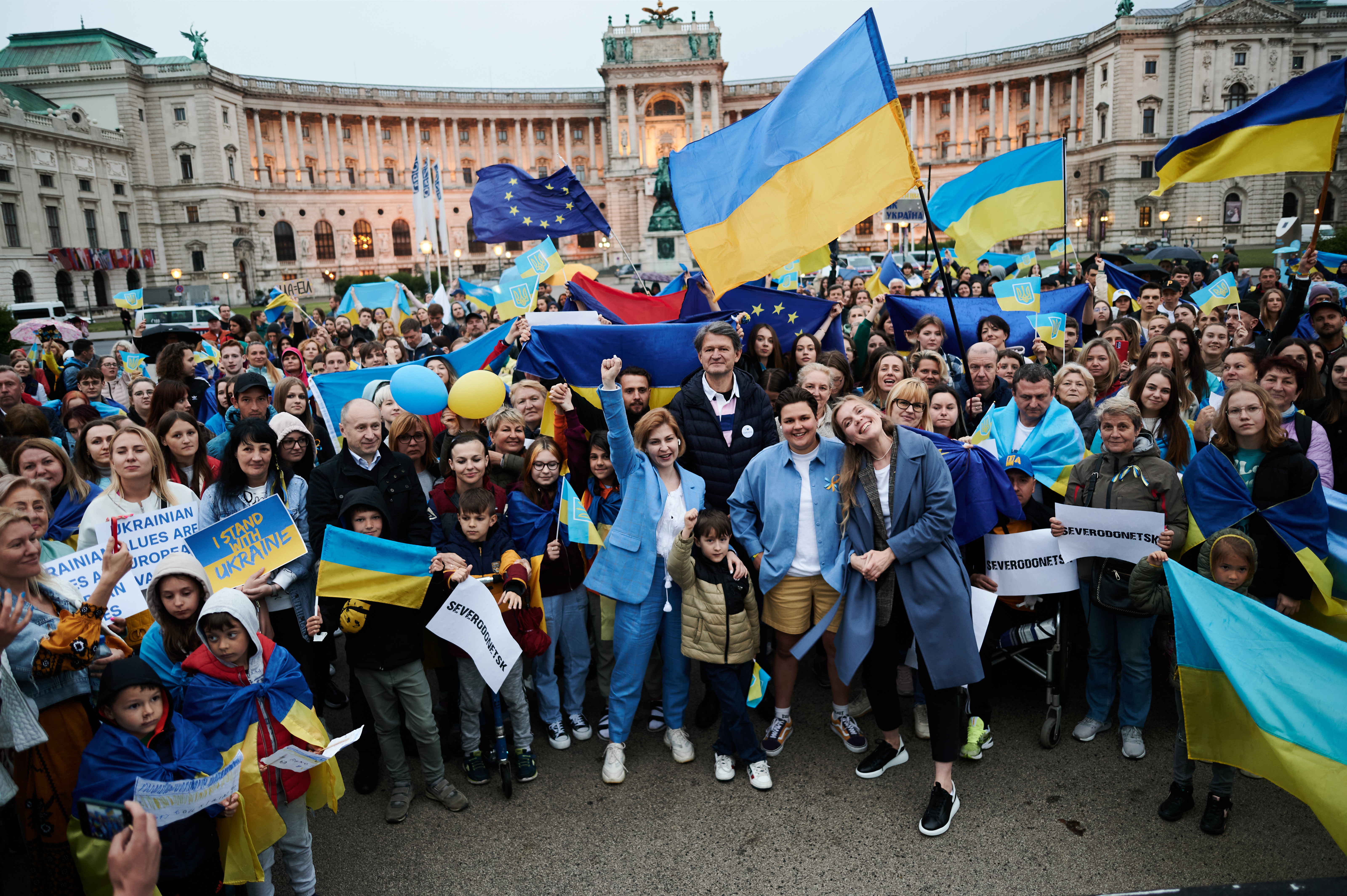 "Today, Ukraine, together with the whole of Europe, is facing a historic challenge – to defend the free and democratic development of the continent or to bow its head to the dictatorship with its desire to destroy the international order based on rules and principles. Ukraine has made its choice by defending Europe and its values with arms in hand. We believe that after this war there will be an even more united and strong Europe, a key element of which is Ukraine. Ukraine's European future must be legally encompassed through granting Ukraine the status of a candidate for EU membership, - said Olha Stefanishyna during her speech at the rally. – This decision must be made now, without delays and hesitations that only undermine our common success. Together with Ukraine, the European Union will definitely become stronger, and peace will be guaranteed on the continent, which is a necessary condition for the prosperity of every country."

The pan-European movement EUMANS initiated demonstrations in more than 15 European cities this weekend. Vienna, as the diplomatic center of Europe, joined the action in order to send a clear message to the leaders of Austria on the eve of the European Council.

The event took place in particular with the participation of the Ambassador Extraordinary and Plenipotentiary of Ukraine to the Republic of Austria Vasyl Khymynets, as well as Austrian public figures and members of the Austrian Parliament. The rally ended with a connection to the Save Ukraine World Charitable Telemarathon.

It should be noted that in a few weeks the European Council will consider granting Ukraine the status of a candidate country. Ukraine completed an EU questionnaire in a record short time to assess the country's readiness for EU integration. The European Commission is currently preparing its opinion on Ukraine's response. Granting Ukraine candidate status will be the first legal step towards Ukraine's accession to the EU. 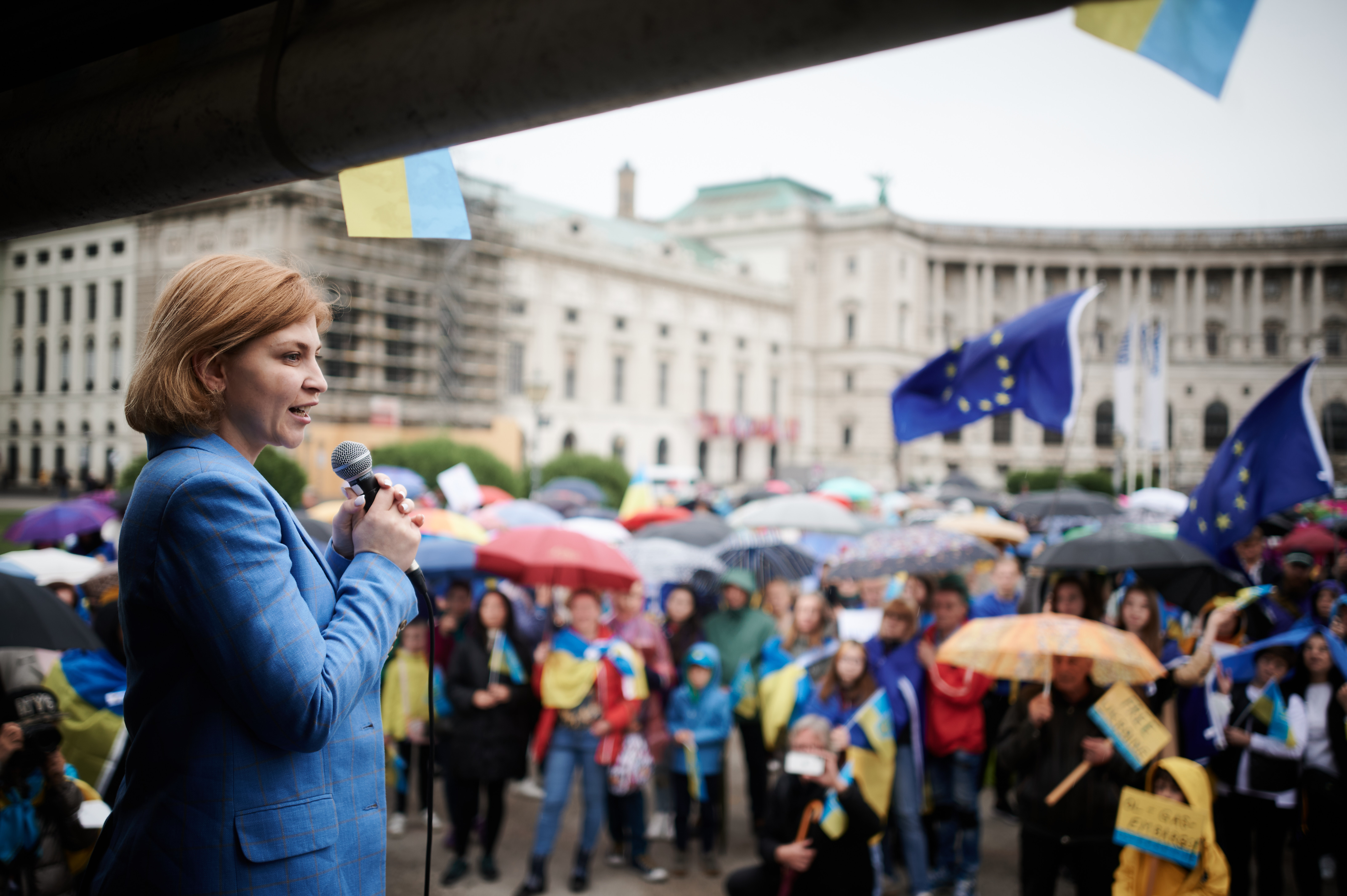 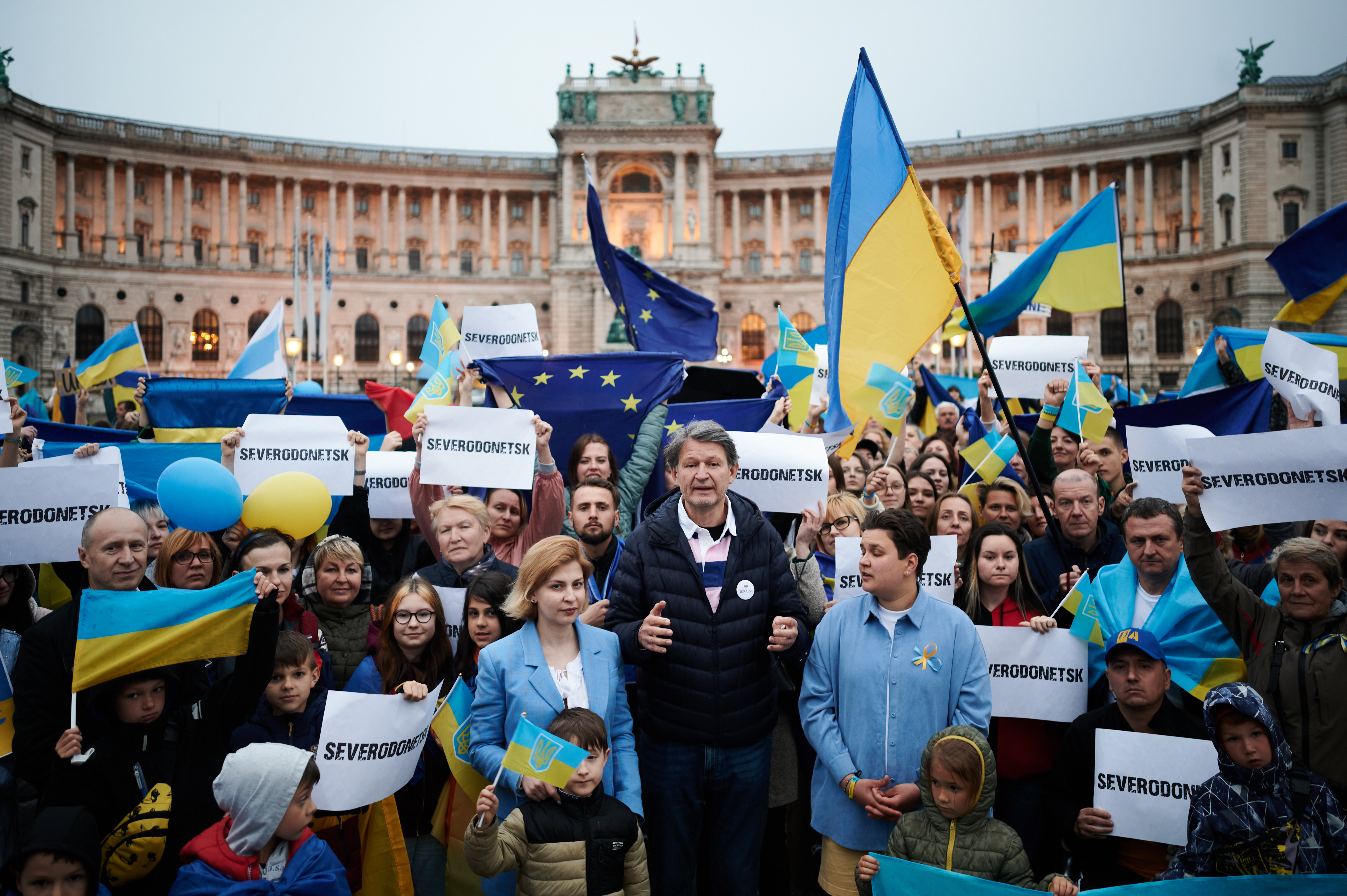 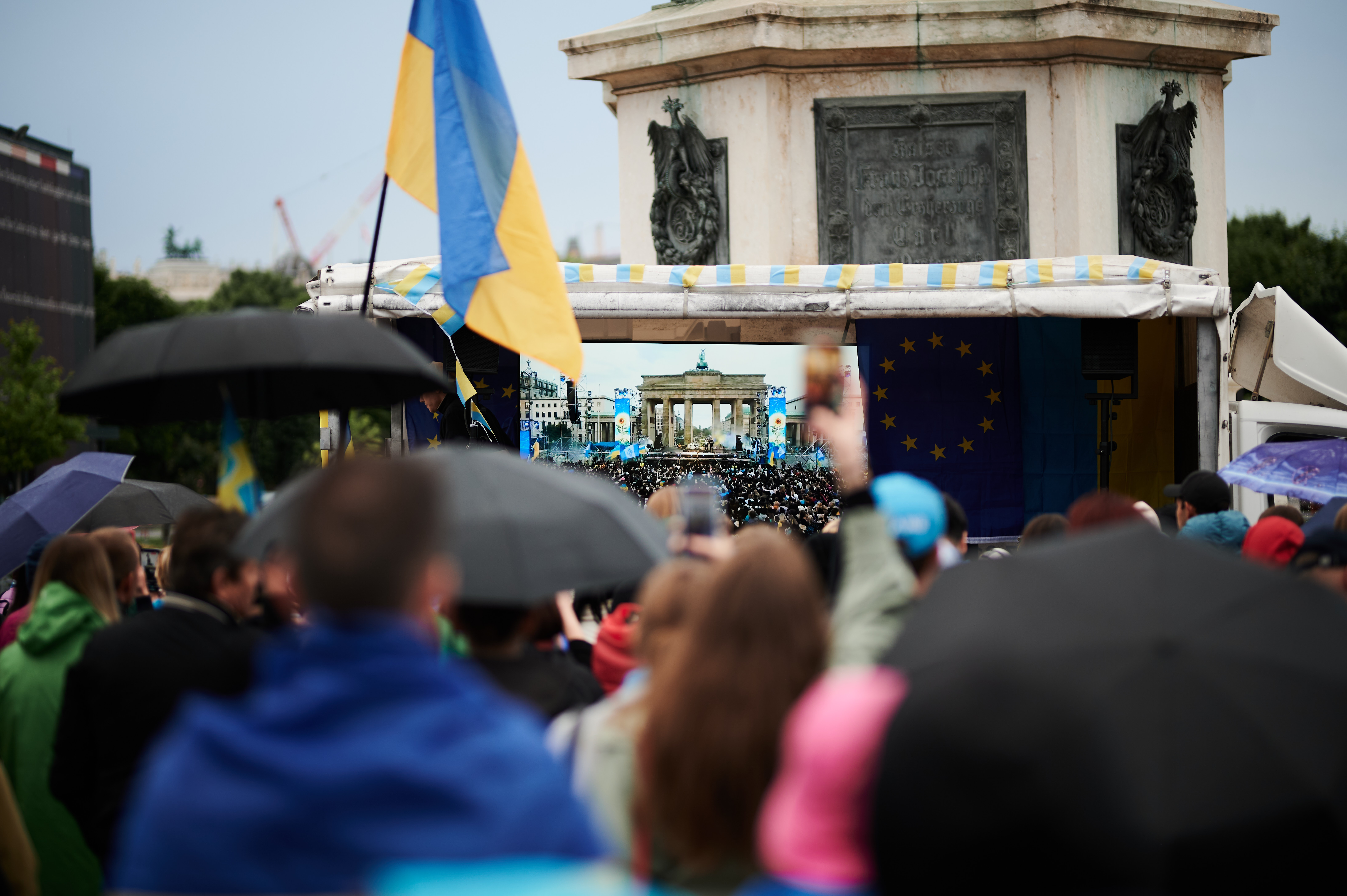